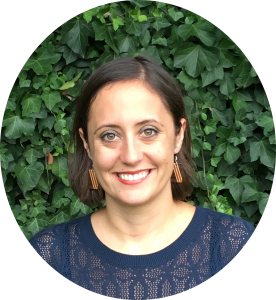 Lindsey Grubbs is Assistant Professor of Public Health at California State University, East Bay, where she teaches courses in humanities, ethics, and cultural contexts of health.  She holds a PhD in English from Emory  University, where she was a Woodruff Fellow and Dean’s Teaching Fellow. After her PhD, she served as a Hecht-Levi Fellow in the Berman Institute of Bioethics at Johns Hopkins University, where she was also affiliated with the Center for Medical Humanities and Social Medicine.

Grounded in the critical health humanities, her research and teaching focus on the cultural history of medicine in America from the eighteenth century, the rhetoric of health & science, and bioethics, with a particular interest in psychiatry and neurology. Her scholarship has been published in Literature & Medicine, Journal of Medical Humanities, The American Journal of Bioethics: Neuroscience, J19: The Journal of Nineteenth-Century Americanists, the Routledge Handbook of Neuroethics, and the Cambridge Companion to United States Literature and the Body, and is forthcoming in American Literary History.

She edited Under That Calamity, a new edition of John Perceval’s 1838 asylum memoir, A Narrative of the Treatment Experienced by a Gentleman, During a State of Mental Derangement, which was published by Lanternfish Press in partnership with the Library Company of Philadelphia.

She is also at work on a monograph tentatively titled Moral Disorder: A Literary History of Psychiatric Diagnosis in the Nineteenth-Century United States. Archival research for this project, which interrogates the role of literature in the development of psychiatric diagnoses in nineteenth-century America, has been funded by grants from the American Antiquarian Society, the College of Physicians and Surgeons of Philadelphia, The Library Company, and the Drexel University College of Medicine Legacy Center. The project was also selected for inclusion in the 2021 First Book Institute hosted by the Center for American Literary Studies at Penn State University.

She can be reached at lindsey.grubbs@gmail.com.